Super "BIG THUMBS UP" for the Japan Culture Day In Belize City.

The Embassy of Japan and the Japan Foundation hosted a Japanese cultural event at the Bliss Center for Performing Arts in Belize City, Sunday night and it was FREE FA ALL WE (I like freedom and free stuff).

Fantastic drummers Kenny Endo and Miles Endo shook the house with their drums and soothed the mind, body and soul with organ...ized and synchronized drumming and various flute and such. Belize's Pantempers Steel Orchestra are in their 20th year (I think) and were simply fantastic. They'll put a smile on anyone’s face with the fun they have playing musica.

One of the best multicultural events I have witnessed, which is one of the things I love about this place – we all the peeps together. The Ambassador from Japan, Japan Foundation, Belize NICH, Belize Friends of Japan, JICA, and some other organizations were all there. I think I saw the Taiwanese ambassador and a former Belize PM there too. Very cool to see all Belizean peeps (Mayan, Creole, Garifuna, Hispanic, European, North American, and Asian cultures breaking bread at lunch and then playing musica for our ears in the evening.   Big up to all involved!
Part One here has lunch with the Ambassador from Japan and the Consulate.
Somewhere in here is Dr. Buzzard and the Ambassador  More later about the other fun events.  The best will be the last part so stay tuned.... 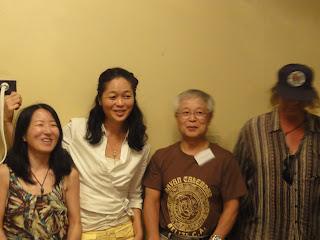 Oh No!!!! Looks like Mr. Ambassador thief'd the poor Dr.'s hat that he'd brought all the way from the US Navy Fleet & Industrial Supply Center, Yokosuka Japan. Just kidding of course. But he did enjoy seeing that. 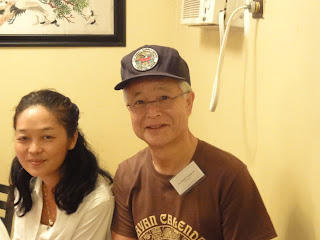 Friends gathering and getting ready for some good food and good times. 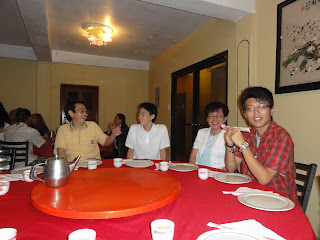 Friends from many different parts of the big blue ball we call Earth meeting together here in Belize. 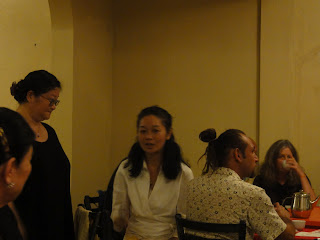 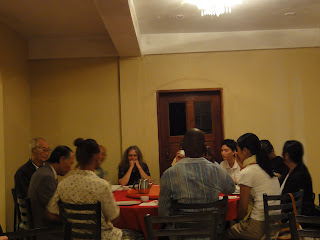 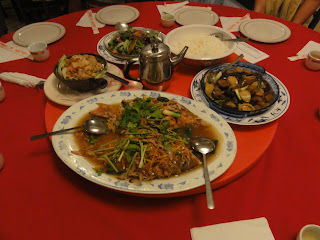 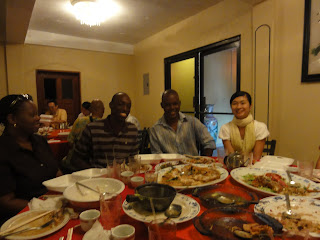 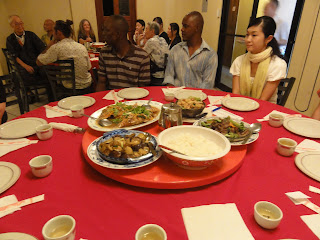 Somehow my photographer seemed to start eating and didn't get many more pictures as multiple courses of dinner arrived. Oh well. The food that Ms. Nancy Chang's Chon Sann Palace Restaurant served was awesome. Maybe I can get some more pics of the food and good times from some friends that were there and post later. I'll also add details on the Restaurant on a comment, but this was a really good time for all. Thank you GOJ and Mr. Ambassador for the generosity.

Posted by Belize Walkabout at 6:52 AM